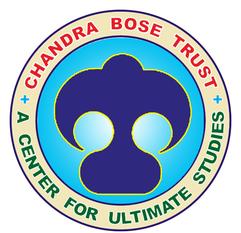 Dear sisters and brothers; let us join together to convey our sincere thanks to our Government of India and all our state Governments for preserving the tagline phrase “Satyam eva jayate” as one of our heritages? This tagline phrase is a Devanagari script, which means “Vaimaiye Vellum” in Tamil and “Truth alone triumphs” in English.  Many of us may know and few of us may not know about its origin and inherent meaning. Whatever the case may be it is our duty to share it to others. Because the knowledge is the one which is always shared with others, if not, it is not knowledge.  -T.L.Subash Chandira Bose, Archaeo-Symbolist.

Swami Vivekananda said; “All truth is eternal. Truth is nobody’s property; no race, no individual can lay any exclusive claim to it. Truth is the nature of the souls. Who can lay any exclusive claim to it? But it has to be made practical, to be made simple, so that it may penetrate every pore of human society, and become the property of the highest intellects and the commonest minds, of the man, woman, and child at the same time. All these ratiocinations of logic, all these bundles of metaphysics, all these theologies and ceremonies, may have been good in their own time, but let us try to make things simpler and bring about the  golden days when every man will be a worshipper, and the Reality in every man will be the object of worship.”

In the Mundaka Upanishad verse 3.1.6, it is said; “Only the truthful win, not the untruthful. By truth is laid out the ‘divine path’, along which the sages, free from desires, ascend to the supreme abode of the true”.  Our “Ultimate studies" is to step on the divine path, with the help of “Upanishads”

Swami Sarvananda says; The Upanishads “shed a light unseen in any other scripture or literatures of the world”. “The name (Upanishads) implies, embody esoteric spiritual knowledge meant for refection and contemplation, and hence the deeper a man dives into the significance of the passages of these scriptures in meditation, the greater the hidden meaning he finds in them”. Actually, the essence of the Upanishads can be experienced, cannot be explained either verbally or literally.”

No one knows the exactly how many Upanishads existed in the past; so far only 108 are listed. In which the 14 Upanishads such as Aitareya, Kowseethaki, Isavasya, Katha, Taitiriya, Brhadaaranyaka, Svetasvatra, Maitraayani, Mahanarayana, Kena, Chandokya, Prasana, Mundaka, and Maandukya are said be to be “Mukkiya (important) Upanishads”.

The Origin and benefits of Upanishad

The origin of ancient Upanishads may be earlier to 7000 B.C. It is true; there will be “no monitory benefits” from the Upanishad”.  But certainly there are lots of benefits in terms of “knowledge”.

The word “knowledge” refers to “vidyaa or vidai”. Among all the dhanas (gifts) the “vidyaa dhana” is the superior one. The highest level of knowledge is “Brahma vidyaa”- “the knowledge of Brahmam”. In physical sense, in the present educational system the highest level is “the doctorate in philosophy”. In metaphysical sense, in spiritual educational system, the highest level or ultimate level is the knowing “The Brahma vidyaa” or “The knowledge of Brahman” or “The science of spirit”. When the entire world was in darkness or ignorance, “The science of spirit” was said to be imparted by “Brahma” or God himself.  The Mundaka Upanishad (vesres 1-2) describes how the knowledge was imparted from Brahma to others.

Brahma, the creator and protector of this universe, arose first, before all the gods. To his eldest son, Atharvan, he imparted the science of the spirit, the basis of all science (Verse1.1.1). Atharvan formerly imparted to Anngire. Anngire passed it on to Bhaaradvaaja, Satyavaha, and in turn to Anngiras. Thus the science descended from the greatest sages to the lower ones (Verse1.1.2).

Satyavaha - The name satyavaha possibly refers Satyavan, the person who always speaks truth. A noble person known as Satyavan and his consort Savitri said to be lived in southern part of India.

The knowledge was (verbally) got from the elder people (sages) by the younger in succession.  The elder may the kings or chiefs and younger may be their sons.  Those who had experienced the effect and aftereffect of the duality like good and evil, pleasure and pain, joy and sorrow. At one stage they decided to find a place at where they can sit down and try to get happiness (pleasure) permanently. They left their kingship (power) and country, reached the forest or natural cave established “Palli” and lived there as sanyaasi (monk). Palli is a Tamil word used to refer school, temple, city and the dwelling place of monks etc.

They received the knowledge to get permanent happiness from sages, those who are also previously kings or chiefs. The knowledge is “The knowledge of Brahmam”

The knowledge of Brahmam

The knowledge of Brahmam, is knowing about our own self or individual self- “Aatma”, and the experience of aatma is “Ayam aatma Paramam” means “the individual self is the supreme Self”.

“Brahmam alone is true, all else is false, I am Brahmam”. By telling this to ourselves until we make it a part of our very being, can we rise beyond all duality, beyond both good and evil, pleasure and pain, joy and sorrow, and know ourselves as the one, eternal, unchanging, infinite- the “One without a second”(ekam eva advityam). This is the “corner stone” of Vedaanda”, says Swami Vivekanandar.

The “Upanishad” is a Sanskrit word and its exact meaning yet to be known. Actually it may be the “manuscripts of philosophy or great Truth”. When we read the contents in Upanishads, we could realize its “philosophy or great truth”.

At once the sages thought to preserve the “philosophy or great truth” in a suitable place; at where it will remain as fresh as before without an insertion and also without the wrong interpretations. They choose the rock shelters (natural caves) as a safest place and also found the art of codifying to ensure its originality. The codes are the symbols. It is difficult to know when the symbols were originated, but, on the basis of the color, we can assume the period may be earlier to 20,000 B.C.

The symbols are not ordinary, actually got manifested from the heart to console our ancestor’s inner feelings.  In Tamil, the correct word is “Keeriyattruthal”.  In lower level of thinking, it may looks like ordinary symbols, which is about their day today life such as food, shelter and their experience about living environments along with domestic animals, hunting the animals for food, dancing, procreation and others. In higher level, the symbol speaks the “philosophy or great truths”. Such type of symbols are also drawn as rock arts (pictographs and petroglyphs) and incised as graffiti marks in the red, black and red and black colored clay pots. The graffiti marks can be found in megalithic burial ground like Kodumanal in all over India. It is interesting to observe the geometrical patterns in the rock arts and also graffiti marks. It is shocking news to know, due to of our ignorance and commercial motivation, most of the rock art sites and megalithic burial grounds are getting destroyed.

Then they also established “Paali”- means residential school within the cave shelters. The word “Paali” can be observed in an inscription at Jambai, where there is an inscription belongs to 2nd or 1st century B.C., in which the appearance of a word "Satiyaputo” has to be emphasized. The Jambai is an ancient village located on the northern bank of the “Thenpennai” river and it is about 19 kilometres northwest of Tirukkoyilur and 25 kilometres south of Thiruvannaamalai. Latitude 12.014472° and Longitude 79.0316° ﻿ are its geo-coordinates.  In past the “Jambai village” was called as “Va(a)laiyur” and the name Jambai arrived from the word “Jambu or sambu”, which refers Lord Siva – who bestows the happiness.

“Everywhere in the realm of the of his gracious majesty, the King, the Beloved of the Gods, and likewise also in the border lands, such as (the countries of) the Cholas, Pandyas, Satyaputra, Kerlaputra, as far as Ceylon, Antiochus the Greek King, or the Kings in the neighborhood of the said Antiochus, everywhere has his gracious Majesty, the King, the beloved of Gods, provided remedial of two kinds, remedies for men and remedies for animals; and herbs, both such as are serviceable to men and  serviceable to animals, whosesoever there were none, has he everywhere caused to be reoccurred and planted, roots also fruits, whosesoever there were one, has the everywhere caused to be procured and planted, and on the highways has he caused wells to be dug and trees to be planted for the enjoyment of animals and men”. - Reproduced from Rapsom ‘Ancient India’.

An inscription which is considered as an ancient one, and also earlier to King Asoka’s inscription was found at Pulimaankombai, near Andipatti of Tenni district in Tamil Nadu.  One of the inscriptions read as; “Kal, Peetutiiyan  antavan kuutal uur aakol”. We must be thankful to Dr. Rajan (Prof. Depart of History, Pondicherry university), Suresh and all others who involved in this great findings. Swami Vivekananda pointed out in his book “Ezhundhiru Vizhithiru” (Tamil translation) - Volume 3. P.129 as, “each and every one are stone (kal)”.

Most possibility around 5th century B.C., the system writing on the palm leafs got introduced and also got rewriting periodically.  Late, Swami Dyaananda Sarasvathi-founder of Ariya samaj had an opinion there are insertions in the original.

The effects of such insertions are wrong conception or misunderstanding.  Actually, reading the originals (mulam) is different and its interpretations are different. Fortunately the original or mulam still exist as symbols in rock arts, like the one at Kizhvaalai, Villupuram district, Tamil Nadu in India.

Such type of insertions must be identified and got it eliminated.  The “Upanishads or books of great truth” have to be rewritten, as an original reference for our future generation. By doing so the philosophy or the truth (Satyam), and the significance tagline phrase -“Truth alone triumphs” will remain as fresh as before.

Before proceedings to take-up the detailed studies on rock arts, graffiti marks, inscriptions and others, it is our moral duty to convey our sincere thanks to  the concern higher officials and all the staff members of Archaeological survey of India and Department of Archaeology, Government of Tamil Nadu and the Government and private sectors museums for taking care of those historical sites and valuable antiquities.

A Center for Ultimate Studies

A unit of Chandra Bose Trust